Visitors to the Dome see exhibits and films which relate to the various Squadrons that served at Langham during WW2. One Sqn that had a life saving role in the conflict was No. 280 Squadron which was one of several air-sea rescue squadrons formed at RAF Thorney Island on 10 December 1941. It was originally going to be equipped with the Lockheed Hudson, but these aircraft were still in great demand in 1941, and so the squadron received the older Avro Anson instead. These aircraft were used to provide air-sea rescue cover off the coast of the south-east of England and off East Anglia.

In October 1943 the Ansons were replaced by the Vickers Warwick. Originally intended as a heavy bomber, the Warwick had the range needed for longer patrols, and the squadron’s area of responsibility expanded to include more of the North Sea from that covered by the Anson. The Warwick could also carry air droppable life boats, instead of the dinghies carried by the Ansons.

n common with virtually all WW2 Sqns 280 moved around the country and was based at Langham on three occasions – July to November 1942, September and October 1944 and November 1945. The squadron stayed in service for a year after war’s end, but was split into small detachments, spread out from Cornwall to Scotland and even Iceland. The squadron finally disbanded at RAF Thornaby on 21 June 1946.

Despite their life saving role the aircraft of 280 Sqn were very much part of the conflict, and of course to an enemy fighter pilot in many circumstances it would have been difficult to distinguish the Warwick from its close cousin the Wellington bomber. The story of one week at Langham, researched by our historian John Allan, involving the loss of three Langham based aircraft; the luck of two crews and the loss of one complete crew, well illustrates this point

00.07: Beaufighter TFX NT909/E of 489 Sqn (RNZAF) Crewed by W/O Mann and F/Sgt Kennedy takes off from Langham on an anti-shipping “Rover” patrol off the Dutch Coast

Approx 01.30: NT909 attacks an enemy ship but collides with a balloon cable or the rigging of a ship and immediately has to ditch. Mann and Kennedy survive and take to a life raft.

Afternoon: The pilot of a USAAF P47 Thunderbolt spots Mann and Kennedy in their raft and reports the sighting. The crew of a crashed USAAF B-17 are also in a raft about 15 miles away but have not been spotted.
A 279 Squadron Hudson is sent to investigate the sighting report. It finds the B-17 crew and drops them a lifeboat. It is not realised that the survivors found by the Hudson are not the same ones reported by the P-47 pilot.

Mann and Kennedy drift helplessly in their raft off the Dutch coast. At one point they try to paddle ashore to an island but are too weak. They become severely dehydrated and struggle to remain conscious

08.04: Two 280 Sqn Warwicks BV341/A flown by P/O Hagg  and BV282/E flown by F/O Harvey take off from Langham and are joined by an escort of eight P-51 Mustang Fighters. The formation then commences an ASR search off the Dutch Coast.

10.55: Warwick BV368 / L takes off from Langham flown by F/O G.Chesher. He and his crew are aware of the on-going rescue attempts and are also searching for another USAAF crew that are reported to have ditched.

12.45: Chesher’s crew spot a group of dinghies containing 10 survivors and successfully drop them a lifeboat which is soon boarded and underway.
A pair of German Me410 fighters then attack the Warwick. BV368’s gunners damage one of the enemy planes and drive off a total of 8 attacks. Chesher dives the aircraft into cloud but is unable to evade the German fighter.

13.03: The Warwick’s hydraulics have failed, the aircraft is on fire and barely controllable. Ditching is inevitable. The aircraft hits the sea and immediately sinks but all the crew, two of whom are injured, manage to get out and into a raft.

11.45: Two of the Warwicks, flown by Rhodes and Mason, come under attack by German Me410’s. F/O Rhodes manages to escape into cloud and sends a warning message to all aircraft in the area. There is no response from F/O Mason’s aircraft, BV290, and neither it nor its crew are ever seen again. At the same time as the German fighters attack Rhodes and Mason, Harvey’s crew spot a dinghy containing 6 survivors. They drop their lifeboat but it malfunctions and capsizes on entering the water

12.22: Having evaded the Me410’s F/O Rhodes intercepts a message about the 6 survivors and the failed lifeboat drop. Arriving on the scene he drops the Warwick’s lifeboat within 30yds of the survivors who quickly get aboard. A message is later received confirming it is F/O Chesher’s missing crew from BV368 which had been shot down the previous day.

Afternoon: Throughout the afternoon 280Sqn’s Warwicks supported by 489 Sqn Beaufighters attempt to keep station above the lifeboat and guide a naval rescue launch to it. However their efforts are thwarted by further enemy fighter attacks.

Chesher and his crew in the relative safety of the lifeboat motor and then, when fuel runs out, sail towards England.

The missing 489 Sqn airmen, Mann and Kennedy, are not so fortunate. They now endure their 6th night adrift in the North Sea and are again in a poor state.

07.37: F/O Williamson and his crew take-off from Langham in Warwick

V280/O. They soon find the lifeboat containing Chesher’s crew and are able to direct a Royal Navy launch to intercept it.

Approx 12.00: A 279 Sqn Hudson is on an ASR patrol escorted by P-51 Mustangs passes close to Mann and Kennedy. Summoning his last reserves of strength Kennedy fires their last remaining flare. It is seen by one of the Mustang pilots who reports the sighting to Gorleston based High Speed Launch 2679 which is on standby approximately 55 miles west of Den Helder.

The skipper of the HSL, F/O David Ross (the son of a fisherman from Findochty in Banffshire), is immediately under way at 35Kts and asks the Mustang to circle the survivors. 14.00 The Mustang pilot’s initial position report had been out by 11 miles but Ross finally finds and rescues the crew of Beaufighter NT909 a week after they had crashed.

This aircraft and its crew were lost without trace.
The Crew are commemorated on the Runnymede Memorial and were:

The aircraft lost which triggered this series of events was the 489 Sqn Beaufighter NT909. Its crew had suffered badly while adrift in the North Sea and were told their operational flying days were over, but this was not to be the end of the story.

F/Sgt Kennedy accepted a ground posting in Wales and was discharged from the RAF in 1946. He then re-enlisted and served for a further 22 years!
W/O Mann was advised he would be repatriated to New Zealand, but he refused to go and battled to regain his fitness. This he did by cycling around Yorkshire. He returned to Operations with 489 Sqn, which by that time was based at Dallachy in Scotland less than 10 miles from the home town of David Ross, the HSL skipper that had rescued him. Mann was subsequently commissioned, awarded the DFC and returned safely to his native New Zealand. 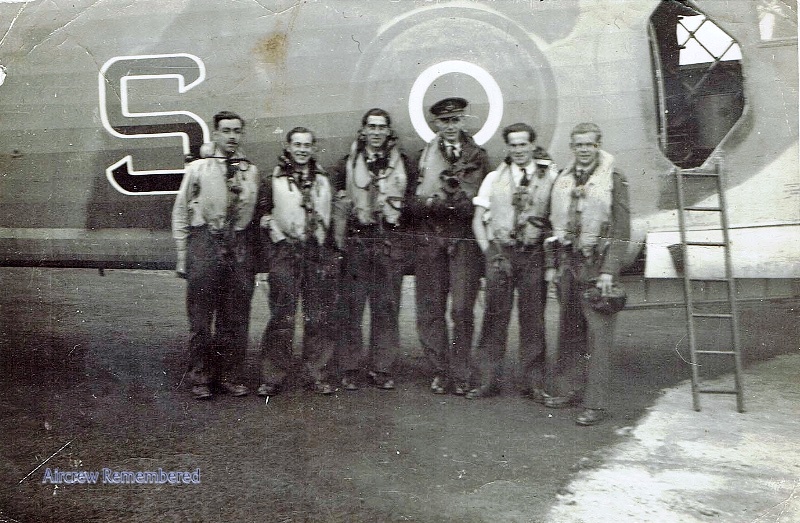