Built in 1942, Langham Dome is situated on the eastern edge of the former Royal Air Force Station – RAF Langham –  on the North Norfolk coast.

The Dome  was a state-of-the-art AA (anti-aircraft) gunnery trainer. Standing 25 ft tall and some 40 ft wide,  its wartime use was as a training facility for anti-aircraft gunners in ground-to-air anti-aircraft defence. Gunners were schooled in accuracy using ground-breaking stop-frame film technology, developed in 1940, which ‘simulated’ air attacks by projecting images of enemy aircraft onto the interior walls of the Dome.

Langham Dome is one of only six such WW2 gunnery trainers left in existence in 2014, although 40 were built. Today it is a Scheduled Ancient Monument – reputedly the youngest ancient monument in the UK – and is owned by the North Norfolk Historic Buildings Trust. With the support of the Heritage Lottery Fund, the Trust and The Friends of Langham Dome (a group established to preserve the building for future generations) have worked together to repair, restore and reopen the Dome as a visitor centre to tell its fascinating but almost forgotten story.

A visit to the Dome offers a unique opportunity to journey back in time and experience what life was like for those who used the Dome and served at RAF Langham. 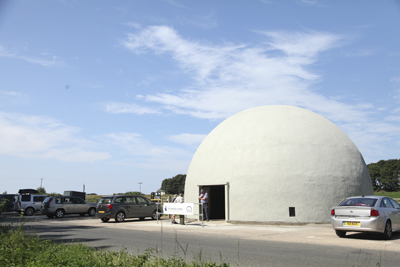 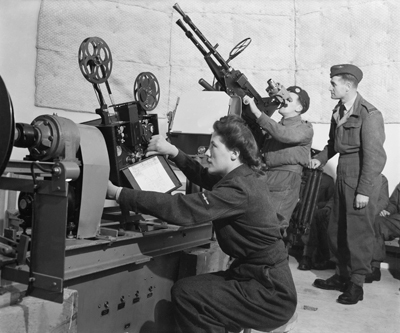 A member of the Royal Air Force Regiment under instruction in a dome anti-aircraft teacher at RAF Leuchars. © IWM (CH 18567). 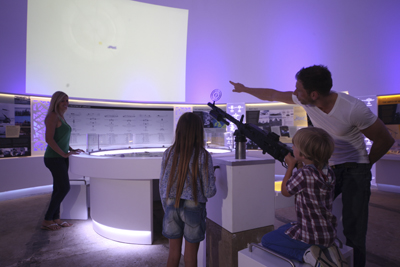 Test your aim with our interactive training gun and one of the Dome's original target films. © FoLD.