What is AA Defence?

Put simply, anti-aircraft or AA defence is a military system designed to protect against air attack. This system can involve individual land, sea or air-based technology or a co-ordinated combination of each.

A New Kind Of Warfare

Dome Teachers, like Langham Dome, were built to address the demands of defending Britain during WW2 against what was, for many, a new kind of warfare. To most of the combatants, air attacks and AA (or Anti-Aircraft) defence was something they had not known before.

Even those who had experienced attacks from the air in the Great War (WW1) twenty years earlier quickly realised that they were now facing something far more dangerous. Aircraft were faster, more manoeuvreable, more heavily armed and much more difficult to defend against.

In addition, combatants were no longer the only ones under threat. There had been some limited German Zeppelin airship raids on the UK in WW1 that had caused military and civilian casualties. However, these were nothing like the coordinated and heavy bombing raids of WW2, which were launched not only against air bases and satellite stations but also non-military targets such as manufacturing plants, the country’s transport infrastructure and later, the general civilian population in several major British towns and cities.

But in fact, although it felt new to many of those charged with defending Britain against these raids, anti-aircraft guns date as far back as the Franco-Prussian War (1870 – 71). When the French used balloons to break the siege of Paris, they were shot at by enemy Prussian forces using ‘balloon cannons’ mounted on carriages.

Nevertheless, it was not until WW2 that methods of both air attack and defence become increasingly sophisticated. Indeed, advances during WW2 were such that towards the end of hostilities, the threat from the air came not only from new jet propelled aircraft but also from ground-based and fired guided missiles – the V1 and V2 rockets or ‘flying bombs’. These were the Nazis’ so-called ‘Terror Weapons’ and Adolf Hitler’s last throw of the dice, with Germany rapidly losing the war.

When this second global conflict did finally come to an end in mid-1945, developments in AA defence techniques and technology did not. They continued to evolve throughout the second half of the twentieth century and into the twenty first, from the first radar controlled automatic AA gun – the Skysweeper and the creation of the first surface-to-air (SAM) missile-launchers right through to the introduction of all small hand-held and shoulder-mounted Man Portable Air Defence System (MANPADS) that can be operated by a single combatant. 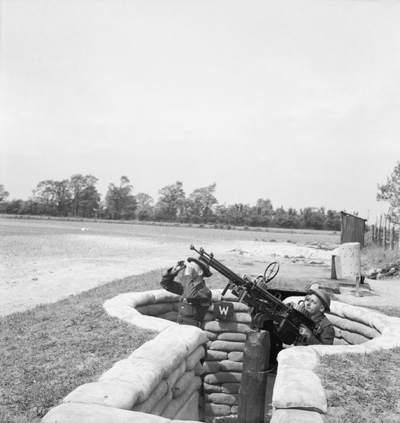 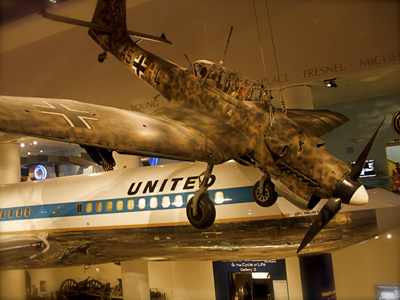 The Stuka dive bomber was a new and terrifying weapon at the beginning of WW2. © WilliamBrain via Wikimedia. 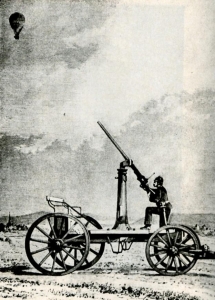 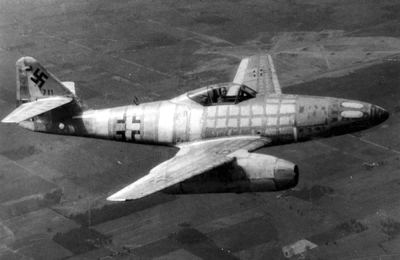 The German Me262 became the first jet fighter to see combat in WW2. 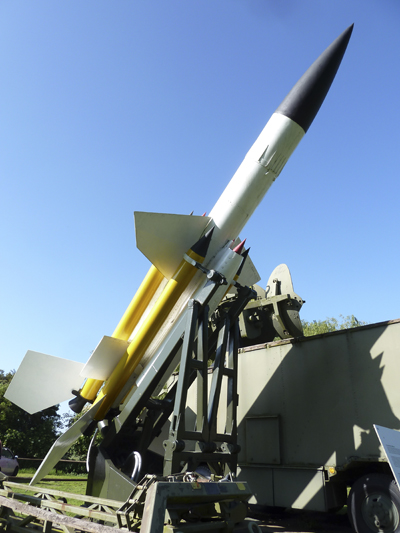 The Bristol Bloodhound SAM was put into service in 1958, the year RAF Langham was closed. © Ugly Studios.