On July 15th 1946, a bright tricolour flag fluttered above RAF Langham. It had just become part of the Dutch Empire!

The Netherlands had been invaded and occupied by the Nazis in the early years of WW2 and now, as part of the country’s recovery, the Dutch Government wanted to build-up its armed forces. However, enemy occupation and Allied bombing raids during WW2 had destroyed much of the Netherlands infrastructure, leaving no suitable premises for training for some units.

East Anglia, a short distance across the North Sea, was full of empty airfields and so for a year, RAF Langham became the Royal Netherlands School of Technical Training.

Post-war jobs all across Europe were few and for young Dutch men, joining the armed forces was an attractive way to earn a wage and learn a trade. Thousands who came to Langham studied various engineering skills. The courses aimed, as far as possible, to prepare trainees for civilian jobs after military service. And for most they formed the basis for a successful business career.

But the young Dutchmen endured a tough time. 1946 – 47 saw the cruelest winter of the century, with 8ft (2m) snow drifts. The ancient transport lorries could not cope. Roads had to be shovelled clear again and again.

At times, flamethrowers had to be used to clear the entrances to RAF Langham! Only for fresh snowfall, accompanied by strong winds, to bury them again instantly.

At one point, bread had to be rationed. In later life, men stationed here as trainees described the training as first class but the living conditions as appalling. At the time, the Dutch government’s priority was equipping their forces in the Dutch East Indies (now Indonesia). They ignored appeals for clothing and resources for Langham. Bare elbows and knees poked through men’s uniforms!

Langham’s huts were primitive, temporary structures with no insulation. The taps in the washrooms froze. Wooden shower mats were burned for warmth. Such conditions led to desperate measures. Plans to steal coal were hatched and the hardships sparked a strike.

Locals helped when they could. A local Husky dog breeder used the opportunity to train them as sled dogs and carried food to hungry Dutch stomachs.

Good Times all the Same

Despite their troubles, most Dutch veterans remember their time at Langham with a smile.

The training courses were excellent and their leisure time was varied, with film and theatre shows, dances (also popular with local young women) and visits to the pub. Photography, chess, athletics events and football matches against English military and civilian teams all took place and there were sightseeing trips to nearby locations – or even to London.

Many Dutch trainees also liked going to the roller rink and the sports centre in Sheringham, just along the coast. Both were places to meet English girls and many Anglo-Dutch romances began there. Indeed, several marriages took place in Langham before the grooms departed back to the Netherlands. Religion was important to the young trainees – Catholic, Protestant and Jewish alike.

Whilst at Langham, the men could acquire a certificate from the University of Cambridge as a sign of a good command of the English language. One of the men stationed here recalled:

‘I was hungry and ordered a cheese sandwich at the YMCA. That proved no problem, so I thought my English was passable. Yet the checkout was different. The cashier charged me ‘toppenshepenny’. I didn’t understand – she had to repeat the amount, but I was none the wiser. When I said that I had just come from Holland, she made it clear to me that I had to pay two pence and a half…’ 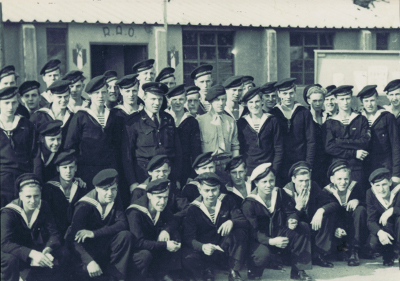 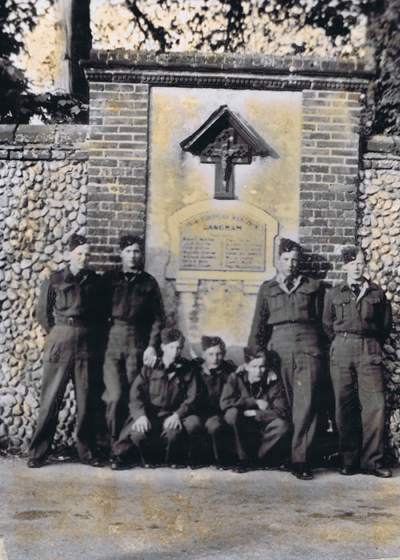 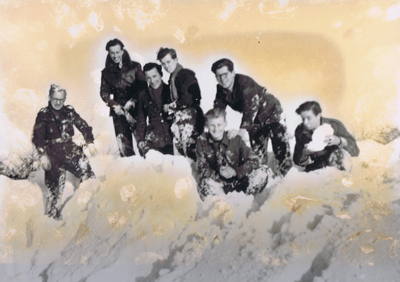 Dutch trainees in the snow at Langham. © Bridget Newman. 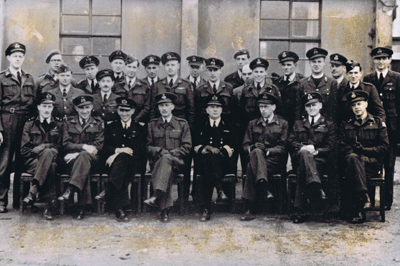 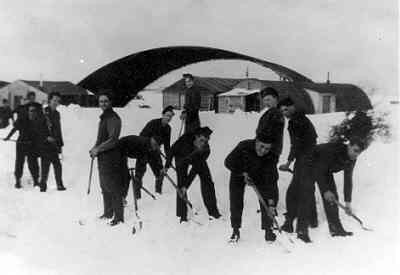 Dutch servicemen clearing the Cockthorpe road during the winter of 1946-7. Langham Dome is 300 metres to the left. © NIMH. 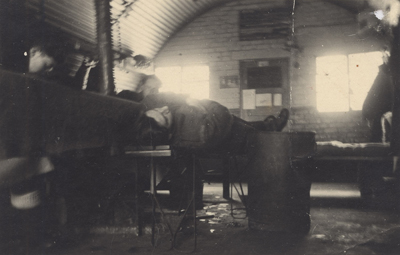 The cold and sparse interior of a Nissen hut. © NIMH. 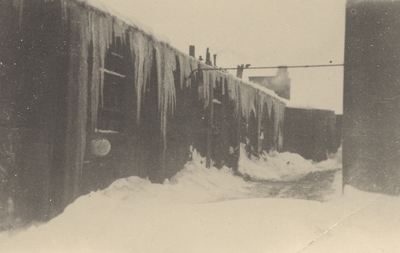 Giant icicles hang off a building at Langham. © NIMH. 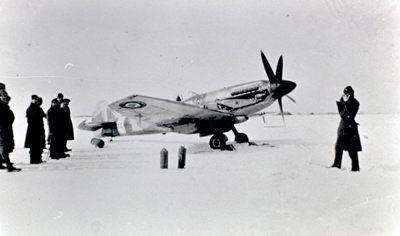 Training continues despite the drop in temperature. © NIMH. 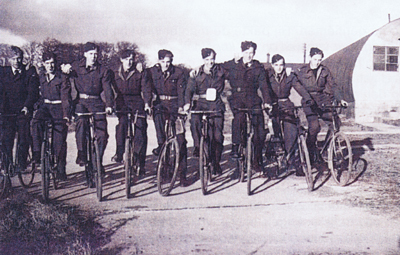 Handy for getting around the airfield, bicycles were also used for sightseeing trips. © Ds. A.C.J. van der Poel. 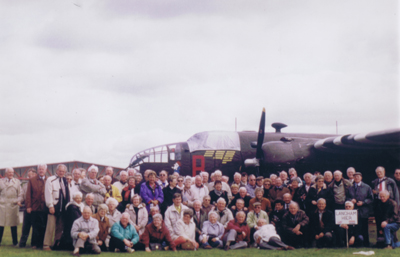 Dutch veterans and their families returned to England in 1997. © Contactgroep Postactieven.