LIVING AND WORKING AT RAF LANGHAM

RAF Langham was originally opened as a satellite station to nearby RAF Bircham Newton.  Starting as just a grass strip to the north of the Langham to Cockthorpe road, it grew in size over the course of WW2.  Some 20 or so different squadrons were ultimately stationed here at various times during the war.

In 1942, RAF Langham  became independent from Bircham Newton and an upgrading of its facilities began in that same year.

From Village to Small Town

Meanwhile Langham village was transformed into a small town. In 1939, there were around 200 inhabitants mostly living in tiny flint cottages with no running water or electricity. By early 1944, Nissen huts sprang up like mushrooms in and around the village and electricity and mains water arrived. There were now 2500 people living and working in and around Langham village – ten times the population of just five years previously.

Woken With a Jolt

The arrival of WW2 had a big impact on the village of Langham. Many local men not eligible for the regular forces joined the Home Guard (initially called the Local Defence Volunteers).

The decision to put an airfield at Langham also brought revolutionary changes to local life. Apart from the noise of planes and the distant artillery ranges, suddenly the roads were full of heavy lorries and in the evenings searchlight beams swept the skies.

With war ‘on the doorstep’, the community life of Langham became centred around its new, upgraded airfield, whilst the people of the village and its many military newcomers – some from far overseas – came together in a common struggle. Many nationalities mingled on the airfield: New Zealanders, Australians, Poles – as well as British men and women from all over the country.

Amidst the daily military activity at RAF Langham, ‘normal’ life still had to go on for the personnel and, of course, the villagers of Langham. People still worked, played, shopped, went to church and undertook all manner of other routine activities. It was a balance that was maintained throughout WW2. There could be a battle raging in the skies overhead, with aircraft being shot down or ditching into the sea – whilst on land, a farmer might simply be tending his crops.

Unsurprisingly, military personnel who could be called upon to come face-to-face with death or injury whilst on active service needed to unwind when off duty. There was the village pub and the Parish Rooms where they and the people of Langham could meet and socialise.

Langham is far from any large town, so entertainment here was largely home-made. During 1944 – 45 there was no shortage of talent on the base. A very successful dance band was formed, led by Ken Humphreys. He also produced at least one music, sketch and comedy show, ‘Over the Skyline’ which toured other local RAF stations.

Concerts, dinners and dances were commonplace and indeed, notoriously raucous parties were not unknown!

Personnel working at Langham came from all over the world. In fact, from the other side of the world in the case of the Australians and New Zealanders that served here. This created a powerful feeling of international ‘togetherness’ – particularly in wartime as these different people from different cultures worked and fought alongside each other to defeat a common enemy.

By the time WW2 came to an end, in 1945, an unbreakable link had been formed between RAF Langham and the people of Langham itself. The airfield remained an operational base for a further 13 years and in that time, many more personnel from many more countries – even former enemies Italy and Germany – as well as the UK, would come and go. Perhaps life would not be quite so intense as it had been in wartime but RAF Langham was nevertheless a crucial part of the local community and the local economy.

‘During the war we were all fighting for our lives and freedom. We were taught to hate. It is a long time ago and we should never hate. . . I have been to Dachau and felt the horror of what it once was and was touched by the stillness of it as it now is. I have grieved over the suffering that came to so many people. I have met and become friendly with German people, and they are a mixed bag just the same as we are. We must look at home and try to stamp out all the dreadful things which are happening in our own country now. I believe it begins in the home, a loving home which also has discipline.’
Enid Gosney, a Langham resident. 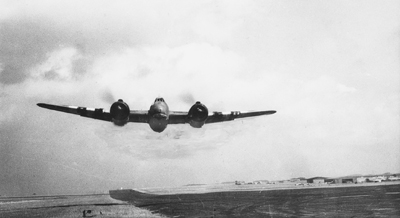 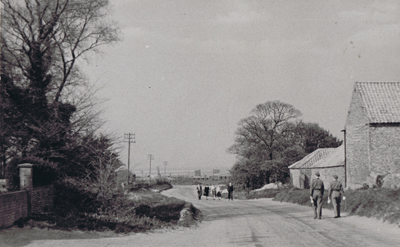 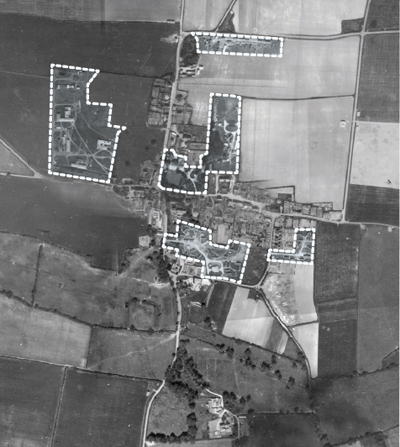 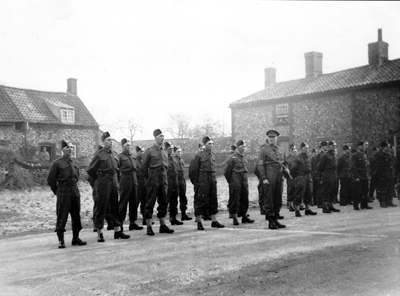 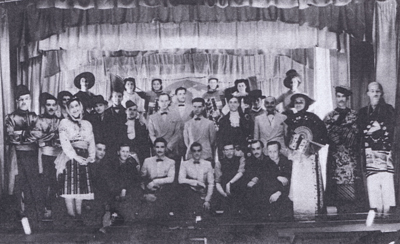 The cast of 'Over the Skyline'. © Delma Matkin. 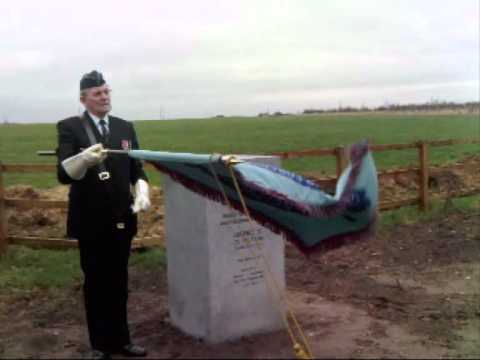 A memorial from the Airfields of Britain Conservation Trust commemorating everyone connected with RAF Langham was unveiled in 2011. 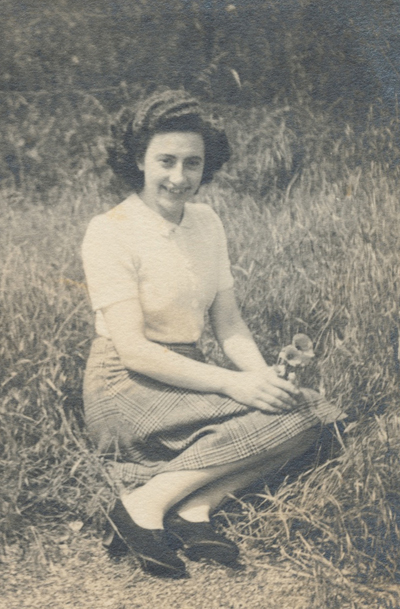